COVID-19: Vaccines● 13 stories ● The numbers ● Latest news | Plus: The Oaklandside 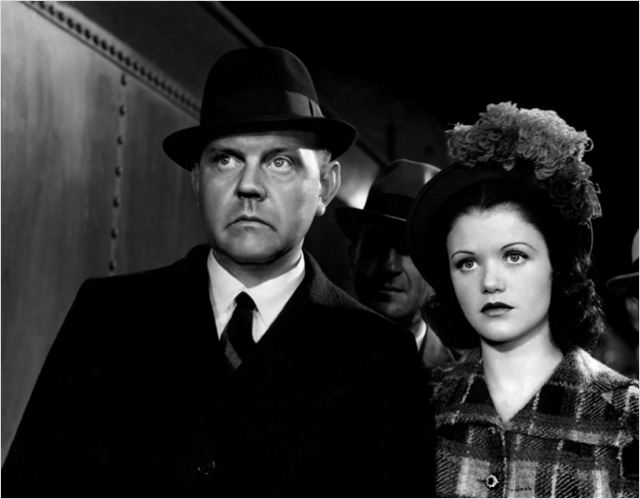 French director Jean Renoir is rightfully considered one of the greatest filmmakers of all time. He’s responsible, after all, for both 1937’s La Grande Illusion and 1939’s La Règle du Jeu (The Rules of the Game) – two films that have featured prominently on countless ‘best of’ lists for decades.

In between churning out those classics, Renoir also found time to direct two films in 1938: La Marseillaise, a re-enactment of the French Revolution that I’ve never seen, and La Bête Humaine. The latter feature, every bit the equal of Renoir’s acknowledged classics, screens at 2:00 PM on Sunday, November 4th at Pacific Film Archive as part of the series ‘Grand Illusions: French Cinema Classics, 1928–1960’.

Adapted from Emile Zola’s 1890 novel of the same name, La Bête Humaine stars French matinee idol Jean Gabin as Jacques Lantier, an engineer on the Paris-Le Havre railway. Stricken by a mysterious chronic illness and burdened by a family history of alcoholism, Lantier prefers the reliable company of his engine, La Lison, to that of fickle humans.

Roubaud believes his wife is the goddaughter of rail magnate Grandmorin (Jacques Berlioz), a relationship that comes in handy when the officious administrator offends a local sugar tycoon on a station platform. Severine intercedes on Roubaud’s behalf, but afterwards lets slip the secret she’s been hiding from him – she’s actually Grandmorin’s mistress, not his godchild. Shattered by the revelation, the insanely jealous stationmaster plots revenge.

Traveling to Le Havre aboard the same train as Grandmorin, Roubaud stabs his rival to death in a private compartment. Beating a retreat with Severine, the couple has an unlikely encounter in the corridor with Lantier, returning to the depot after a brief countryside jaunt. His cover blown, Roubaud anticipates the worst, but Lantier lies to the police out of compassion – and perhaps something more – for Severine.

Consumed by guilt, the stationmaster drowns his sorrows in gambling and drink, while the comfort Lantier provides Severine begins to develop into a more serious relationship. By film’s end, Roubaud has been cuckolded a second time, Lantier has learned that La Lison is still more trustworthy than a woman, and Severine has come to a sticky end indeed.

Inspired by Gabin’s desire to make a film about trains and written by Renoir over the course of two weeks, La Bête Humaine helped establish the template for both the psychological thriller genre and the noir style. It’s riveting, nail-biting stuff, and benefits from superb rail footage lensed by cinematographer Curt Courant. Trainspotters of the traditional variety will be in heaven, while trainspotters of a more cinematic bent will enjoy watching director Renoir on screen as Cabuche, a homely bumpkin who becomes the focus of the Grandmorin murder investigation.

Berkeleyside’s film writer John Seal writes a weekly movie recommendation column at Box Office Prophets, as well as a column in The Phantom of the Movies’ Videoscope, an old-fashioned paper magazine, published quarterly.

To find out about more events in Berkeley and nearby, check out Berkeleyside’s Events Calendar. We also encourage you to submit your own events.

Help us keep you informed