How Quirky is Berkeley? A time capsule bulletin board — Berkeleyside
Skip to content

This is a lesson in the value of trusting your crazy ideas. An undisclosed follower of Quirky Berkeley found this bulletin board at an undisclosed location in Berkeley. And borrowed it.

I have published posts before on Berkeley’s community bulletin boards, observing that they are largely a voice of the past. Not much action on them these days. Vestigial Berkeley of the Sixties.

Even so, here was a bulletin board that seemingly hadn’t been touched for a Long Time. Flyers spanned from the early 1980s until the mid 1990s.

The idea of cultural time capsules fascinates me. I have fantasized about walking into a long-closed bar, or long-closed corner bodega/grocery store, and finding the interior to be exactly as it was decades ago when the place shut down. It hadn’t happened that way yet until the bulletin board here.

Thousands of rusty staples secured hundreds of old flyers to the board. They were meticulously removed. The cultural life of Berkeley of the 1980s and 1990s was revealed, one tattered flyer after/below another. A few were close to intact, some crumbled, most emerged tattered with message somewhat undamaged.

This is my favorite: 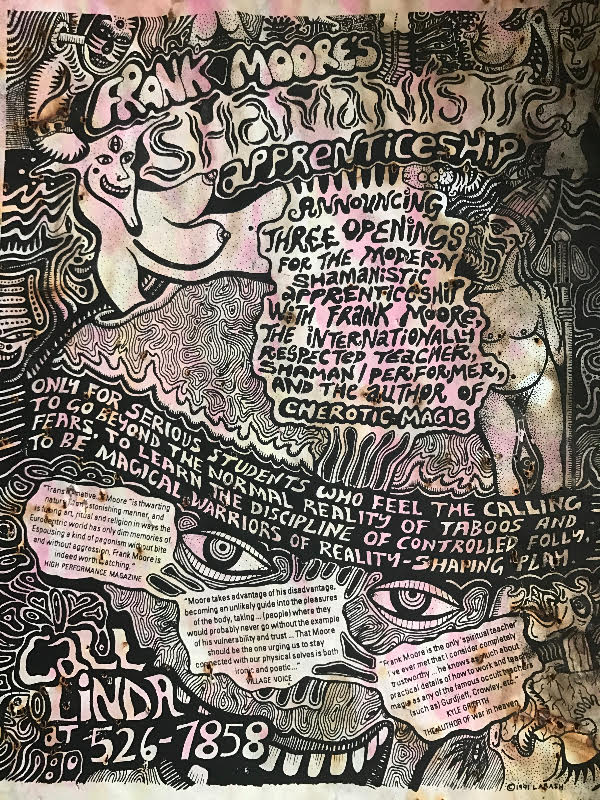 Through this flyer, the late Frank Moore (wounded healer, shaman, performance artist) sought three apprentices. I have posted on Moore and his Curtis Street home. It was a thrill and a half to find this one. I sent it to Linda Mac and Mykee Labash, keepers of the Frank Moore flame.

Among the best of the rest are these, some of which need no comment.

Don't miss a story. Get Berkeleyside headlines delivered to your inbox. 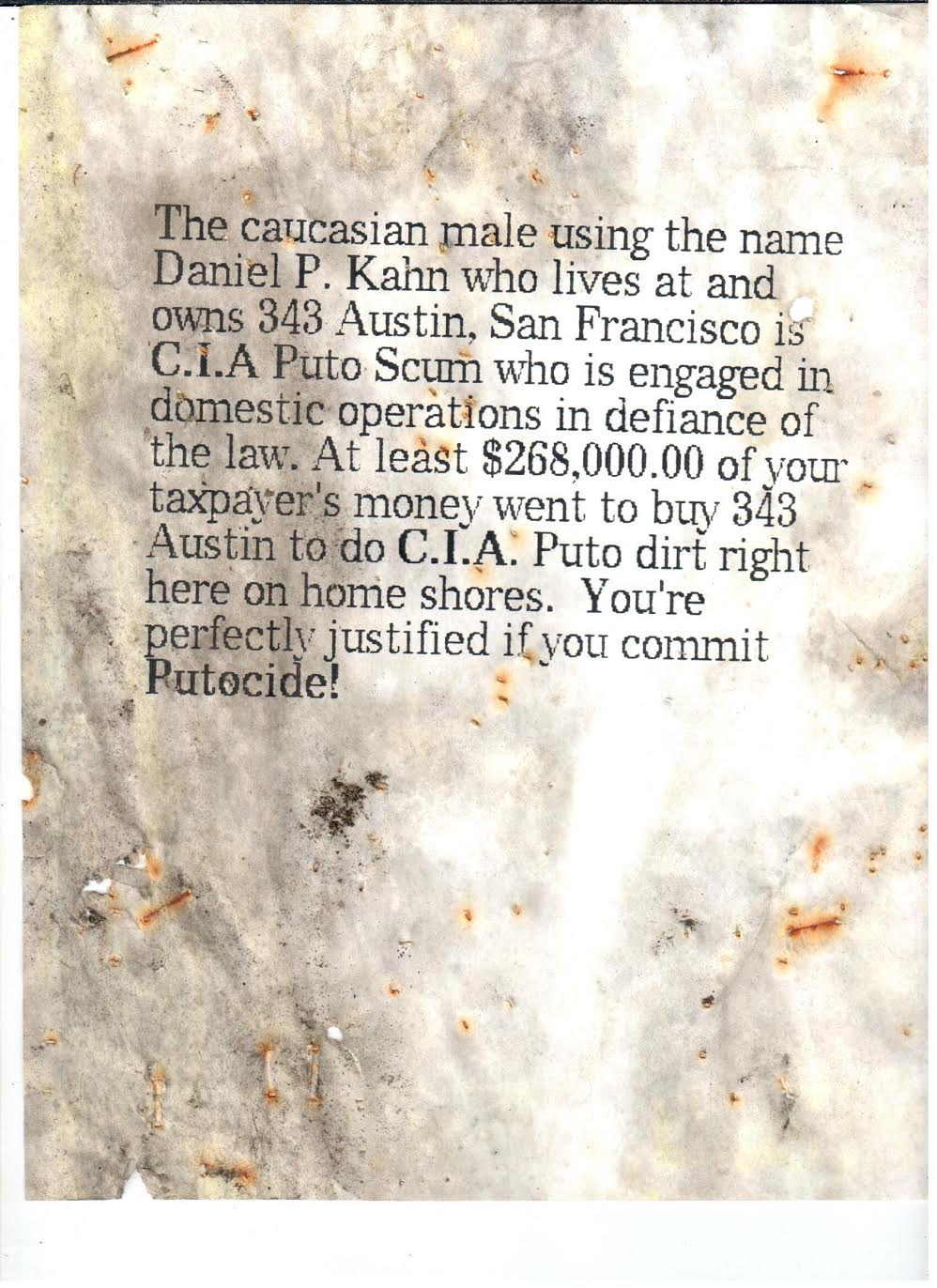 Putocide? Puto is Spanish more or less for a male sex worker. My research team hasn’t turned up anything else on Mr. Kahn. 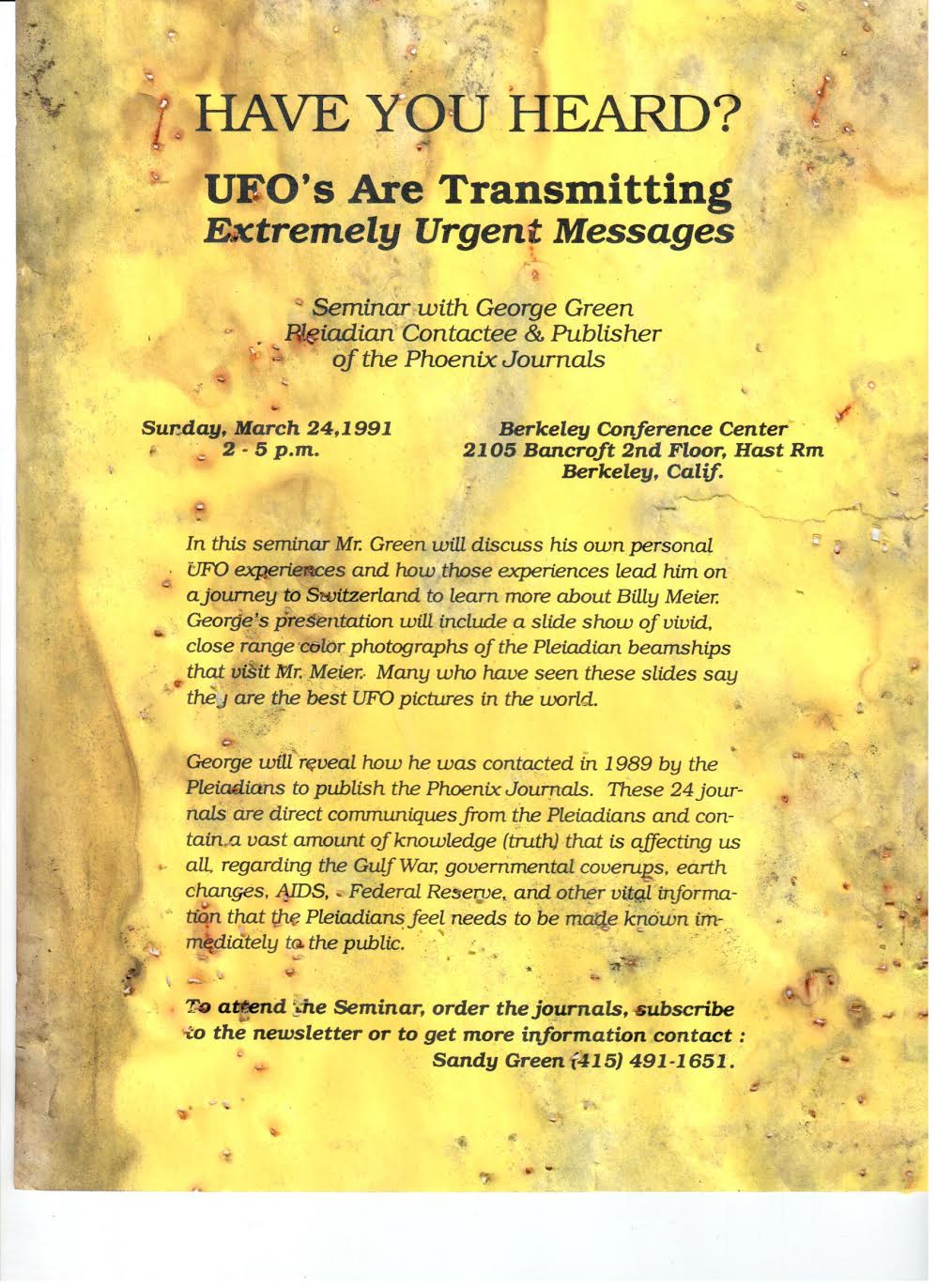 George Green identified himself as a “contactee,” contacted by Pleiadians. Pleiadians, also known as Nordic aliens, are humanoid aliens that come from the stellar systems surrounding the Pleiades stars, and they’re concerned about Earth and our future. 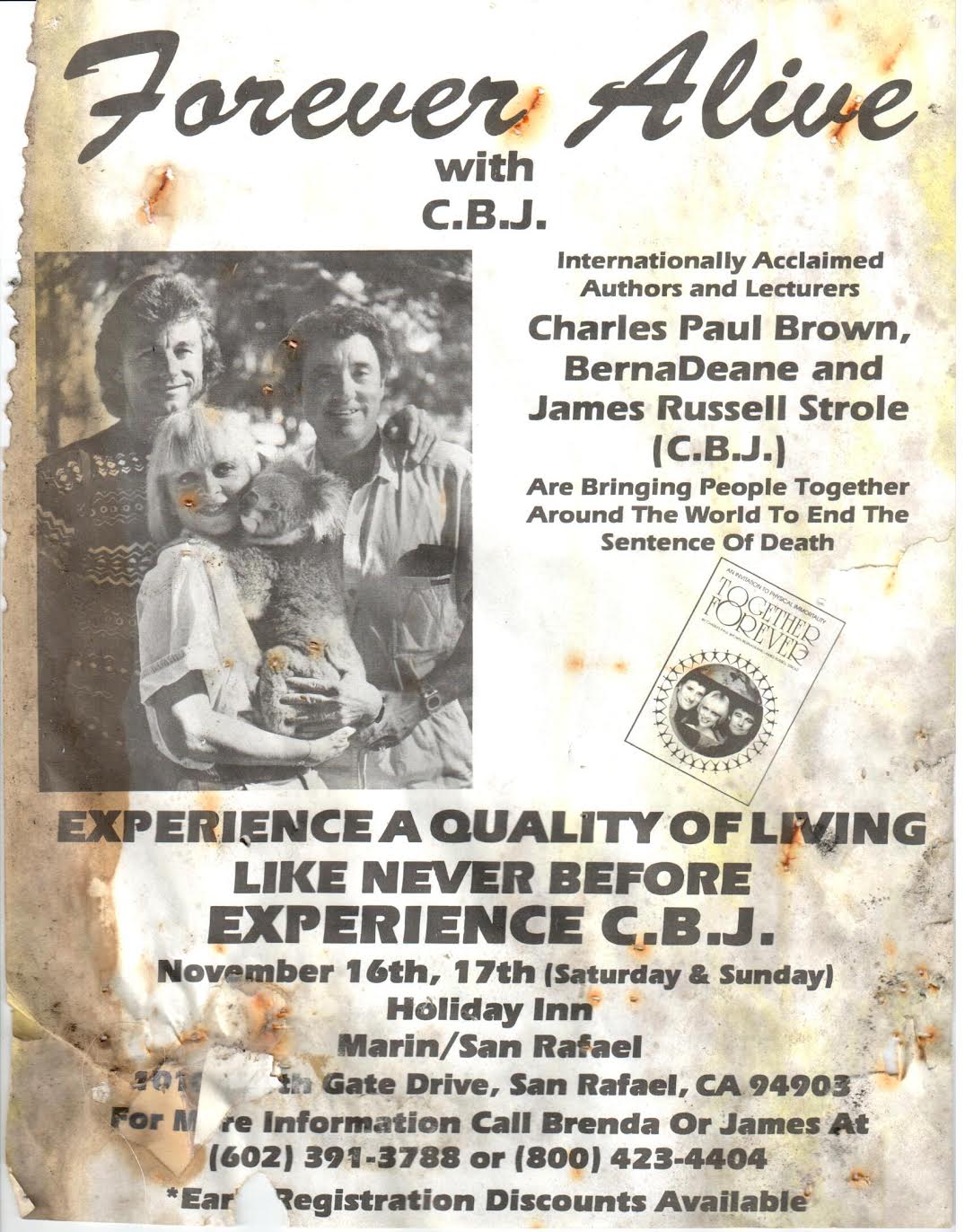 C, B and J claimed to have discovered techniques of “cellular awakening” that enabled its members to achieve physical immortality. Do tell! Charles Brown died in 2014. As the headline writer for the Arizona Republic put it, immortality eluded him. 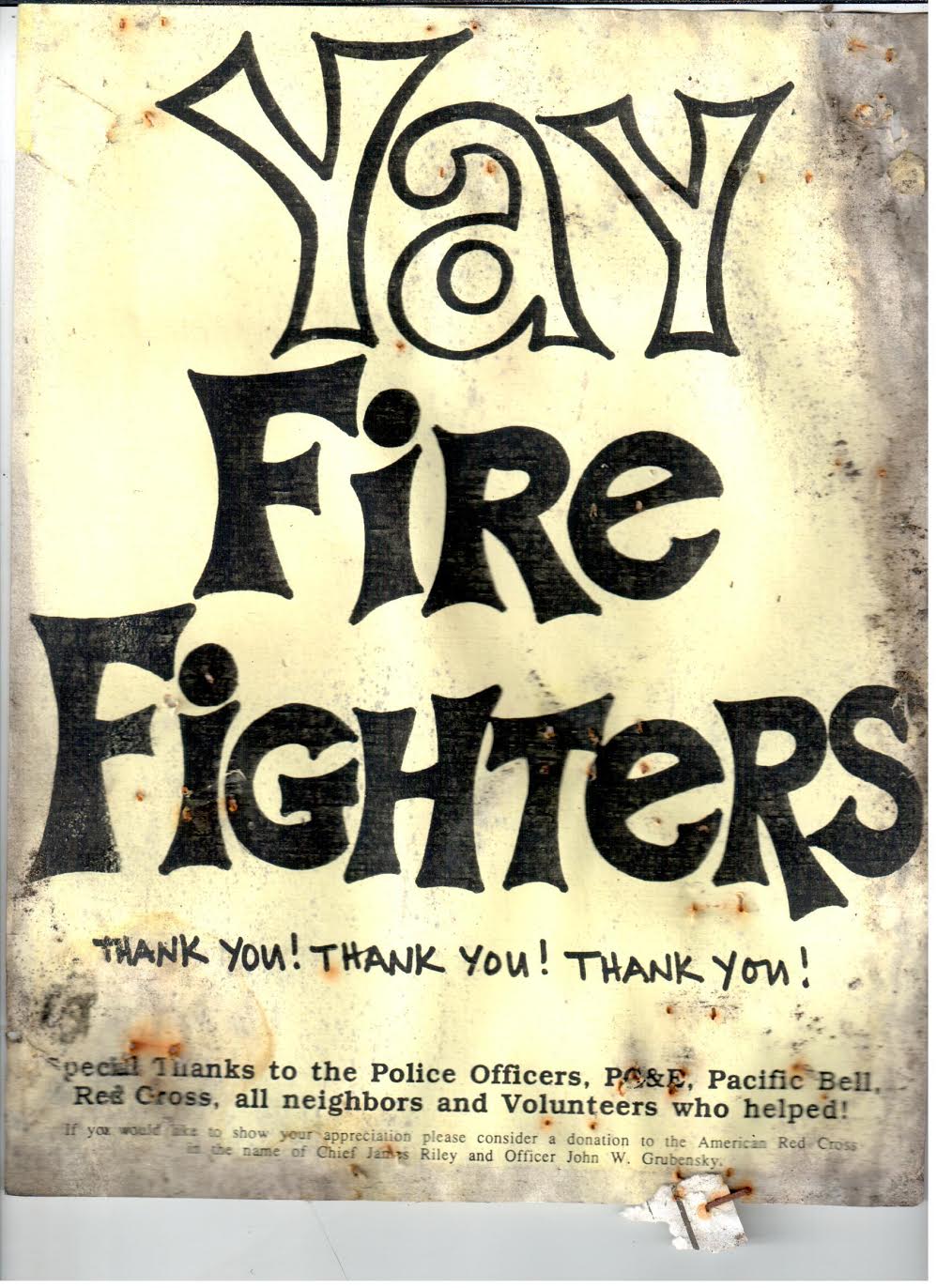 This flyer honors the response of firefighters to the Oakland Hills Fire of October 20, 1991. Plus thanks to the police, PG&E, Pacific Bell, Red Cross, and others. 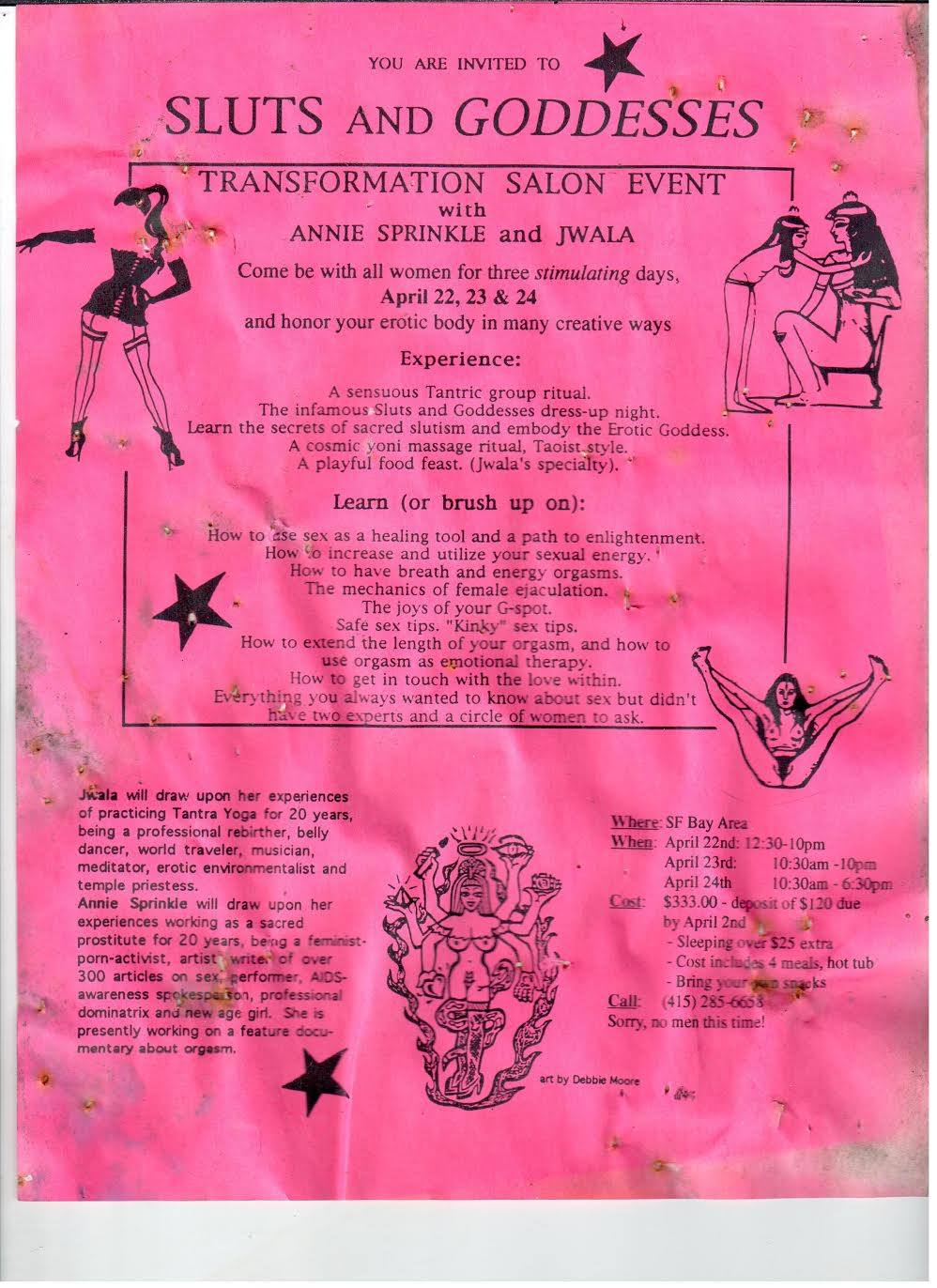 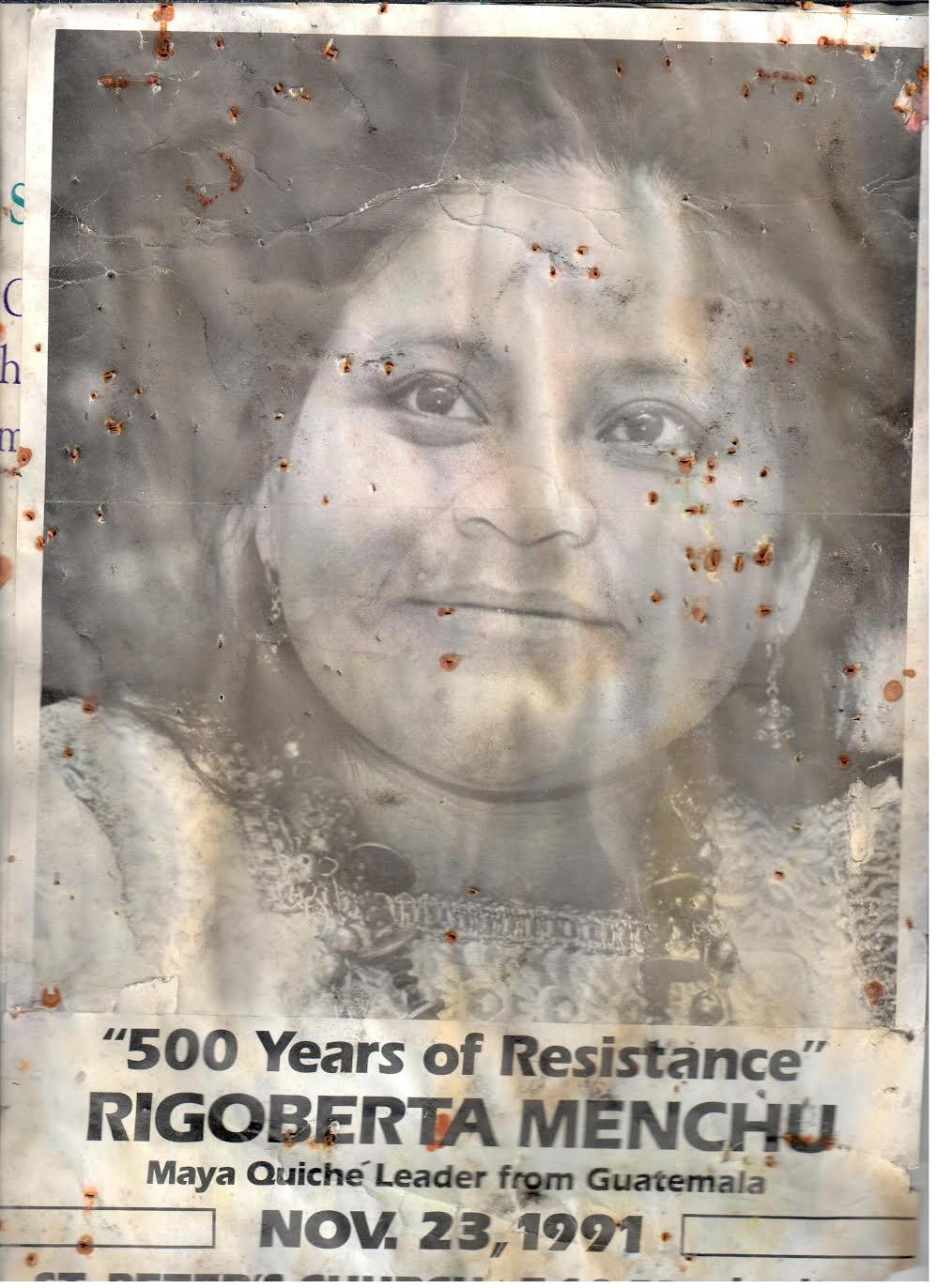 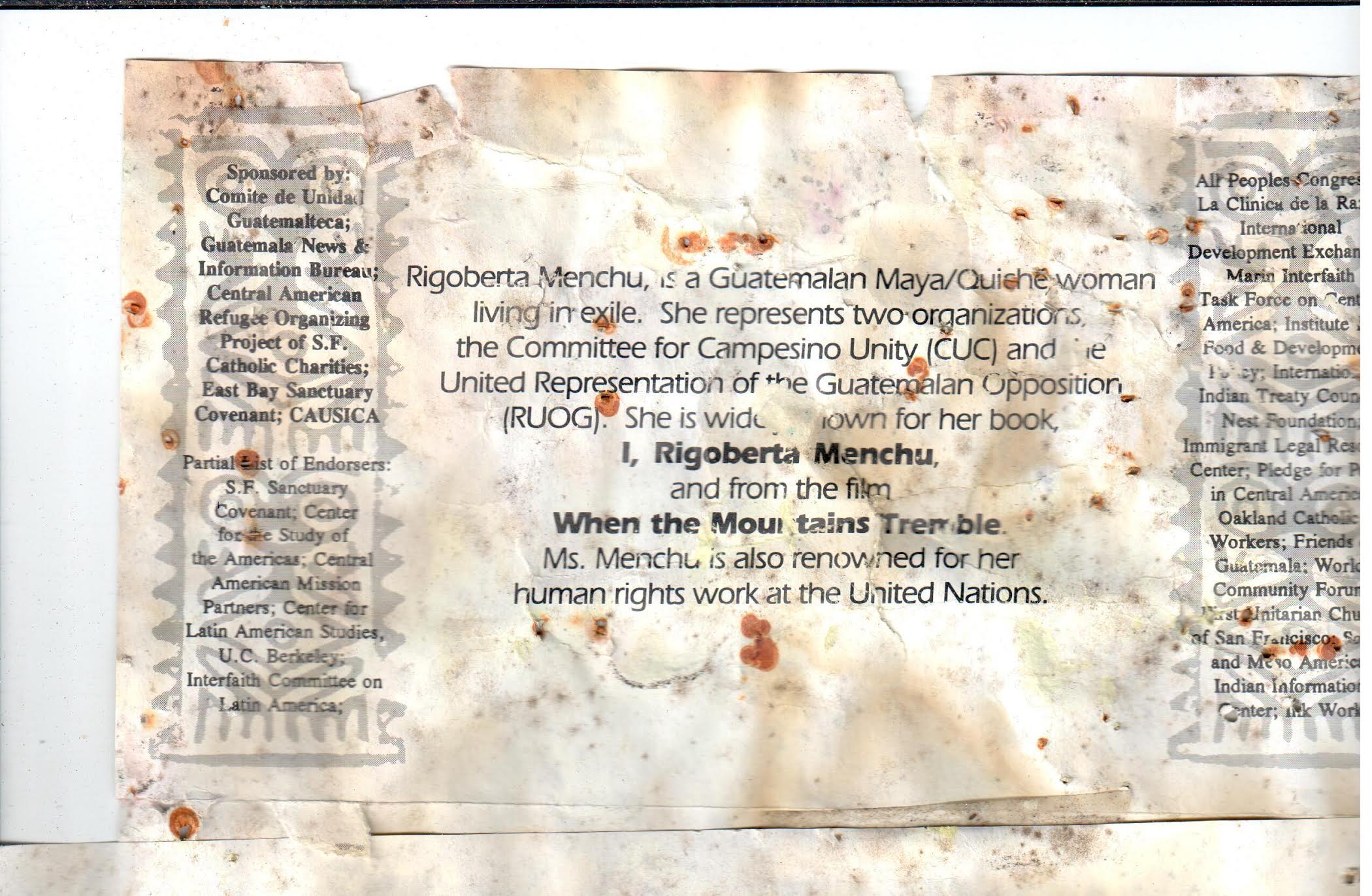 Menchu was born on January 9, 1959, to a poor Indian peasant family in Guatamala. She was raised in the Quiche branch of the Mayan culture. She became an activist in the radical social reform wing of the Catholic Church. She won the Nobel Peace Prize in 1992. There were many flyers dealing with self-help, personal growth, life coaches, etc. Here are a few: 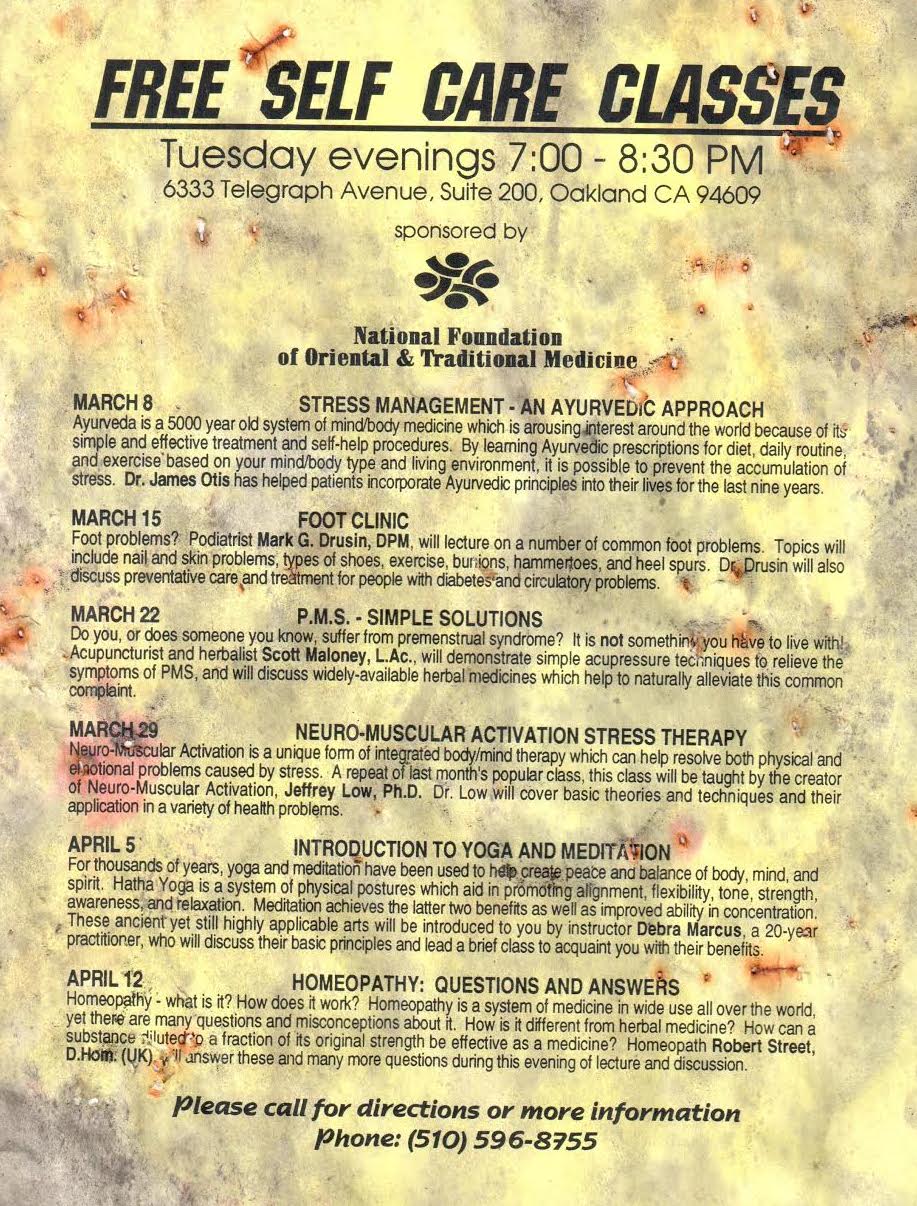 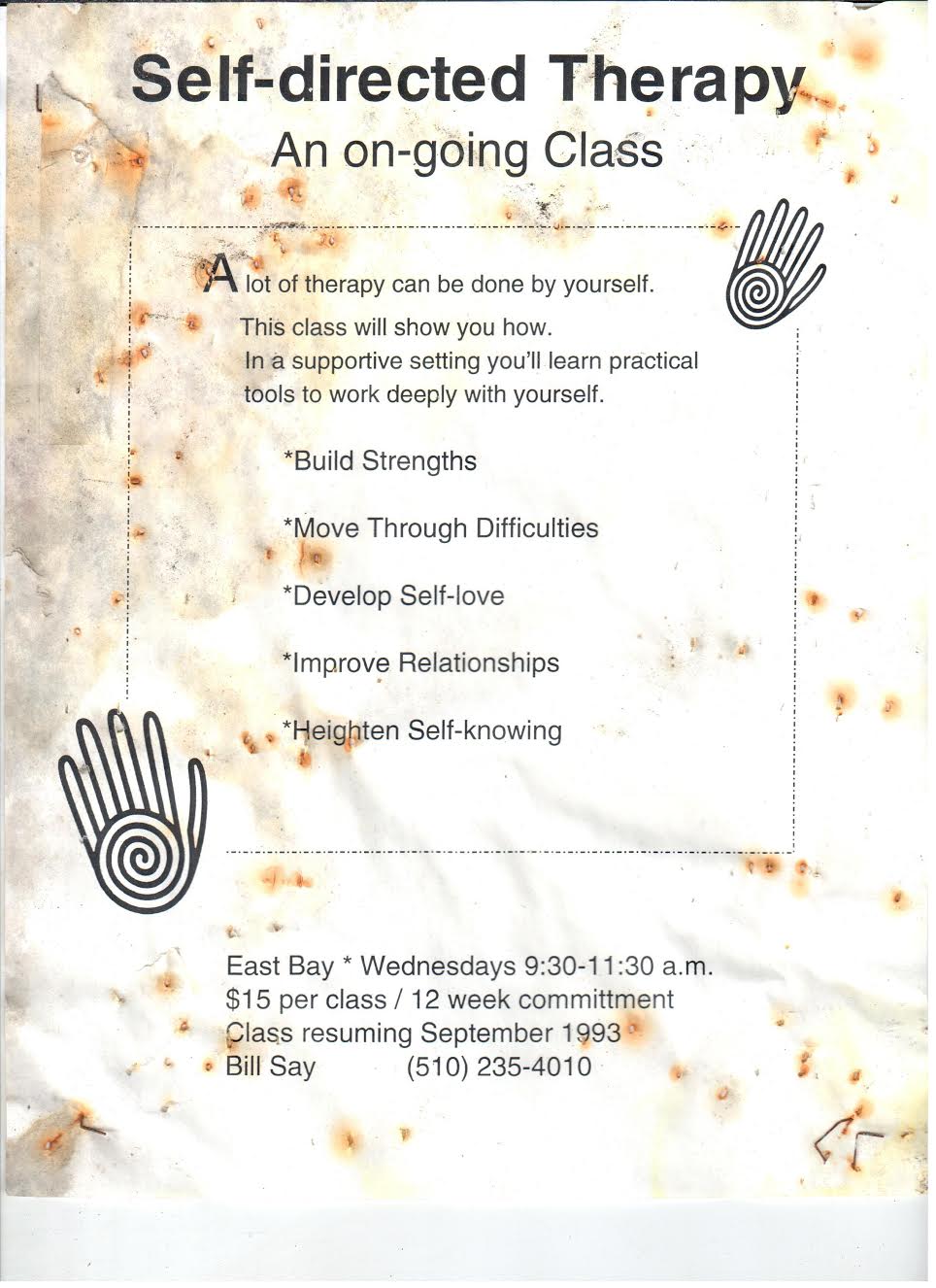 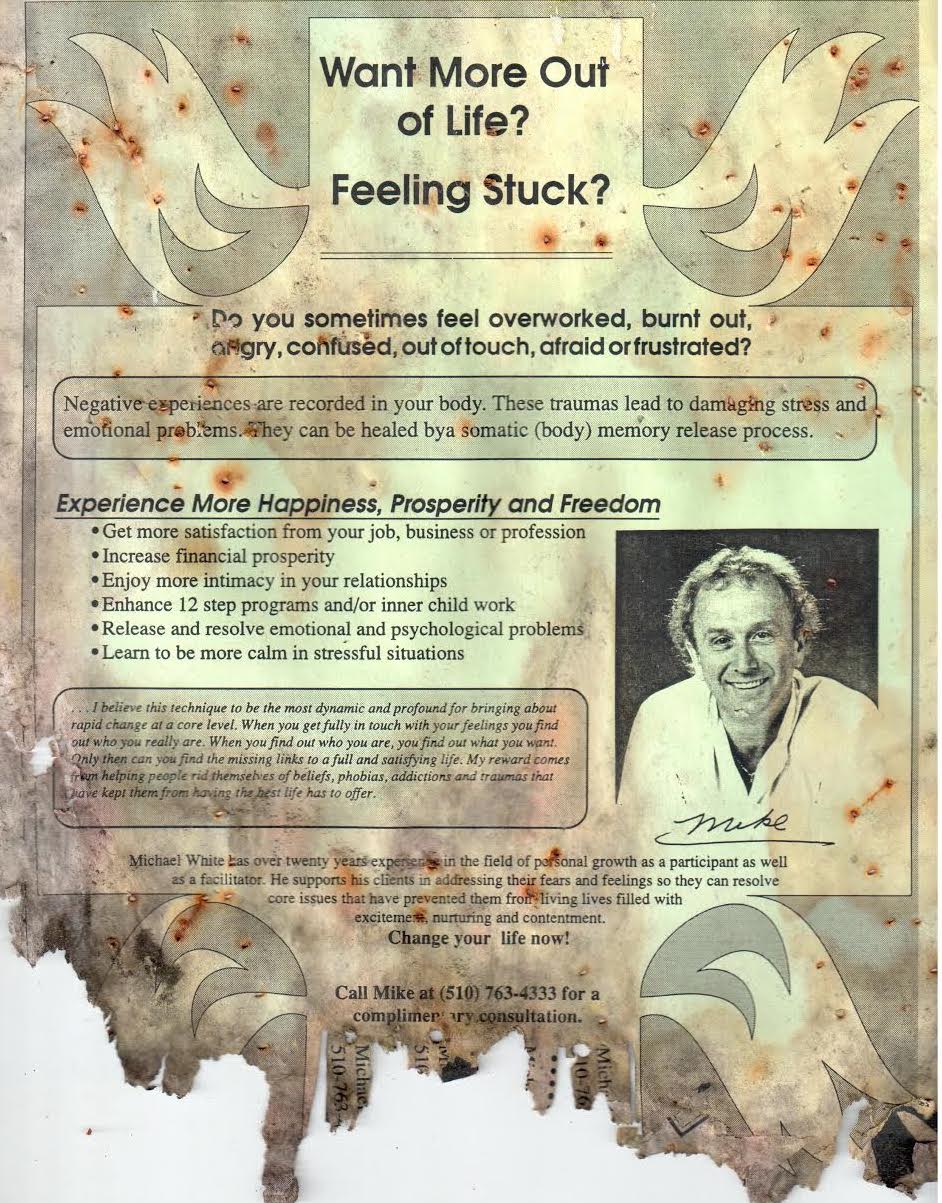 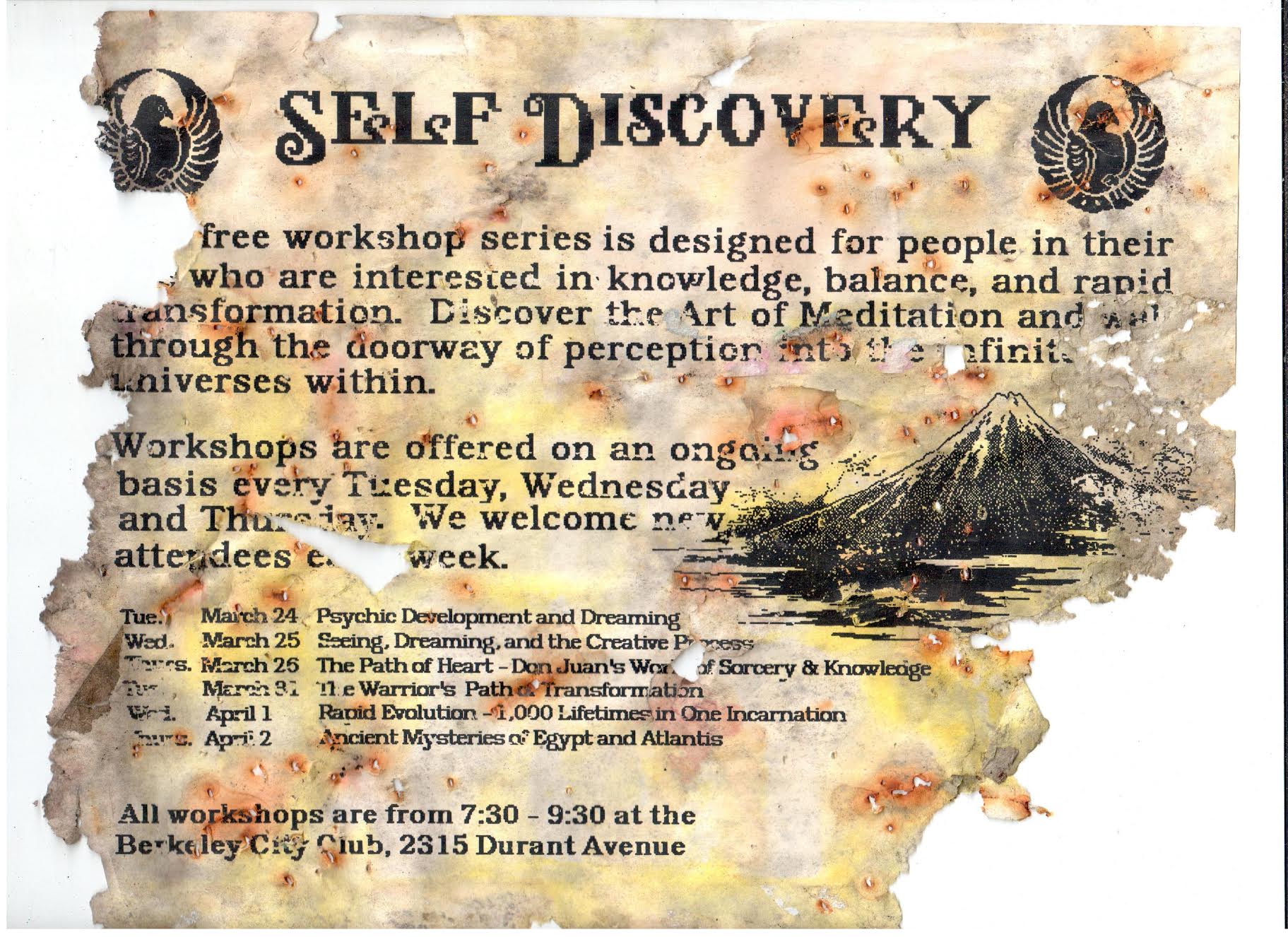 And then there was the Men’s Movement. 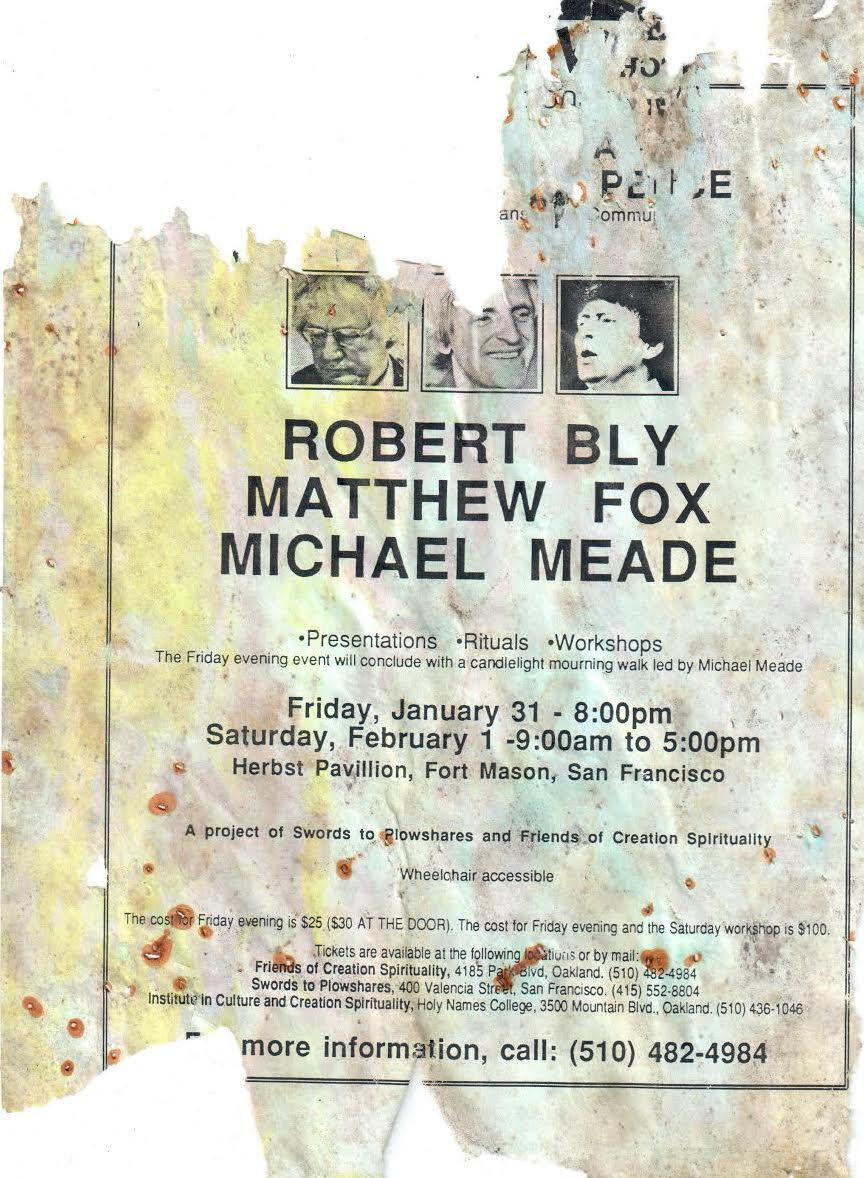 The Men’s Movement is easy to mock. I don’t feel the need to do that. 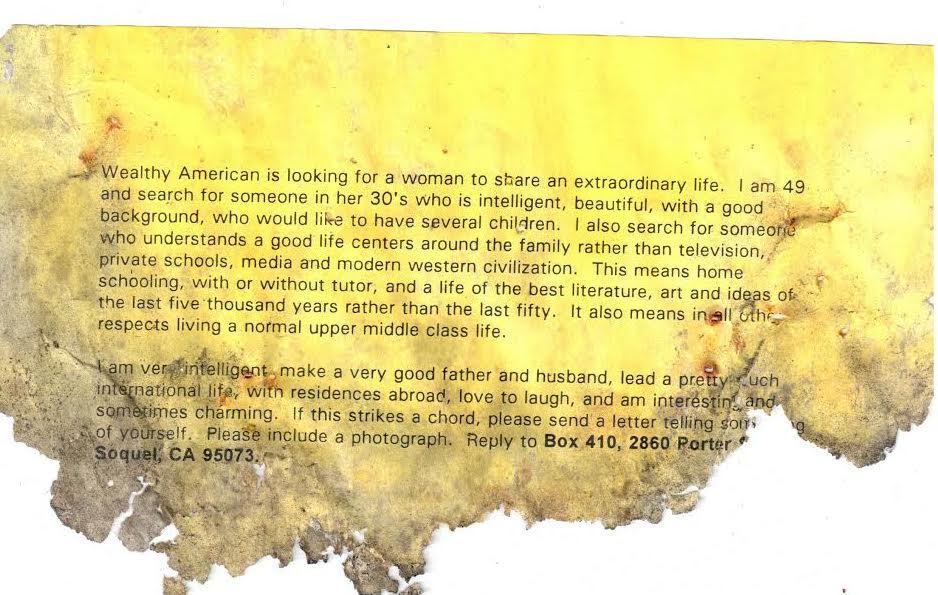 I don’t know what it is, but this one creeps me out. Alarm bells and whistles. A good father and husband looking for a wife. What could possibly go wrong? 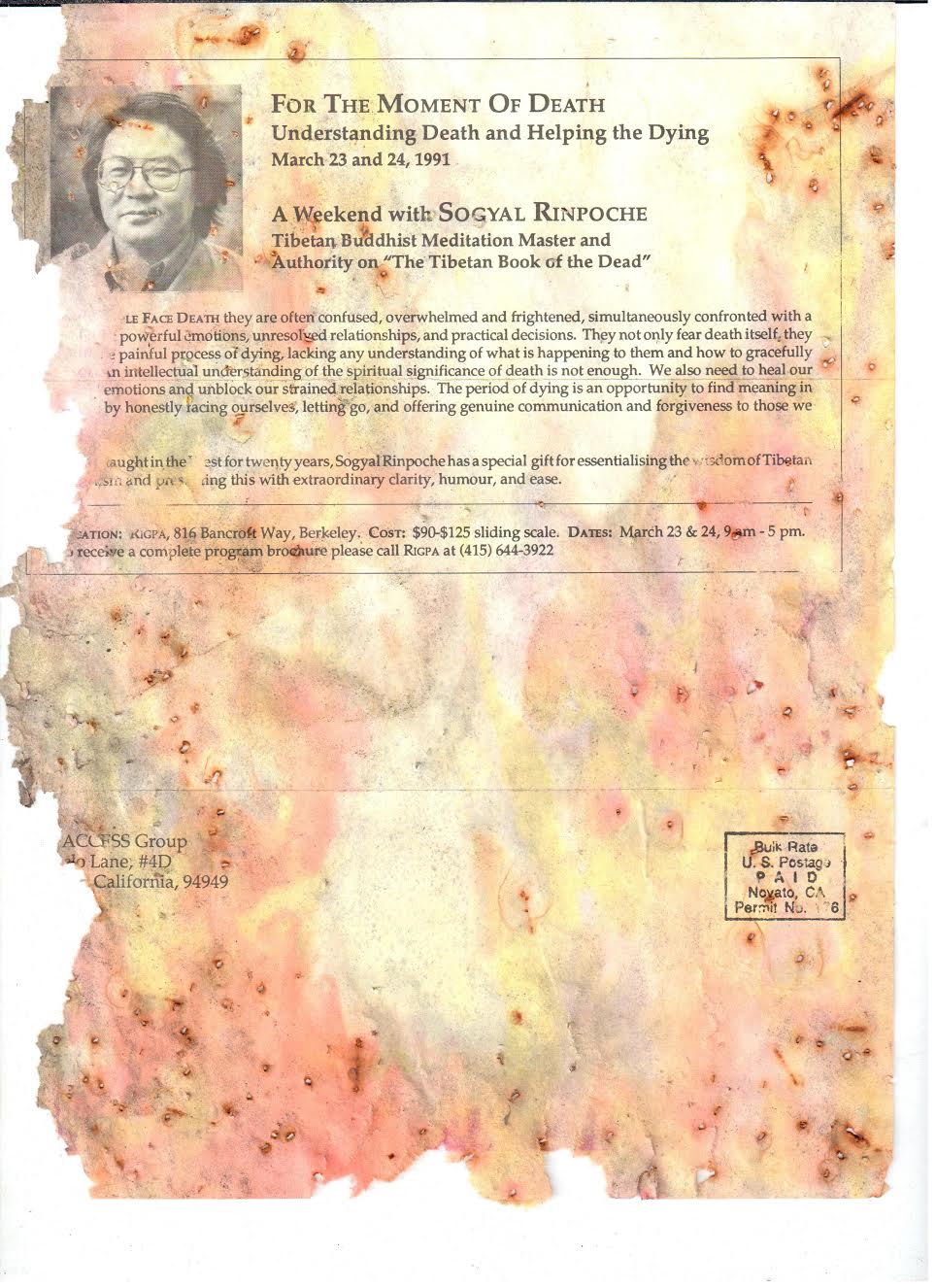 Sogyal Rinpoche is a Tibetan lama of the Nyingma Buddhist tradition. He has taught for over 30 years and is probably most famous for The Tibetan Book of Living and Dying. He presents his understanding of Tibetan Buddhism in contemporary Western language. 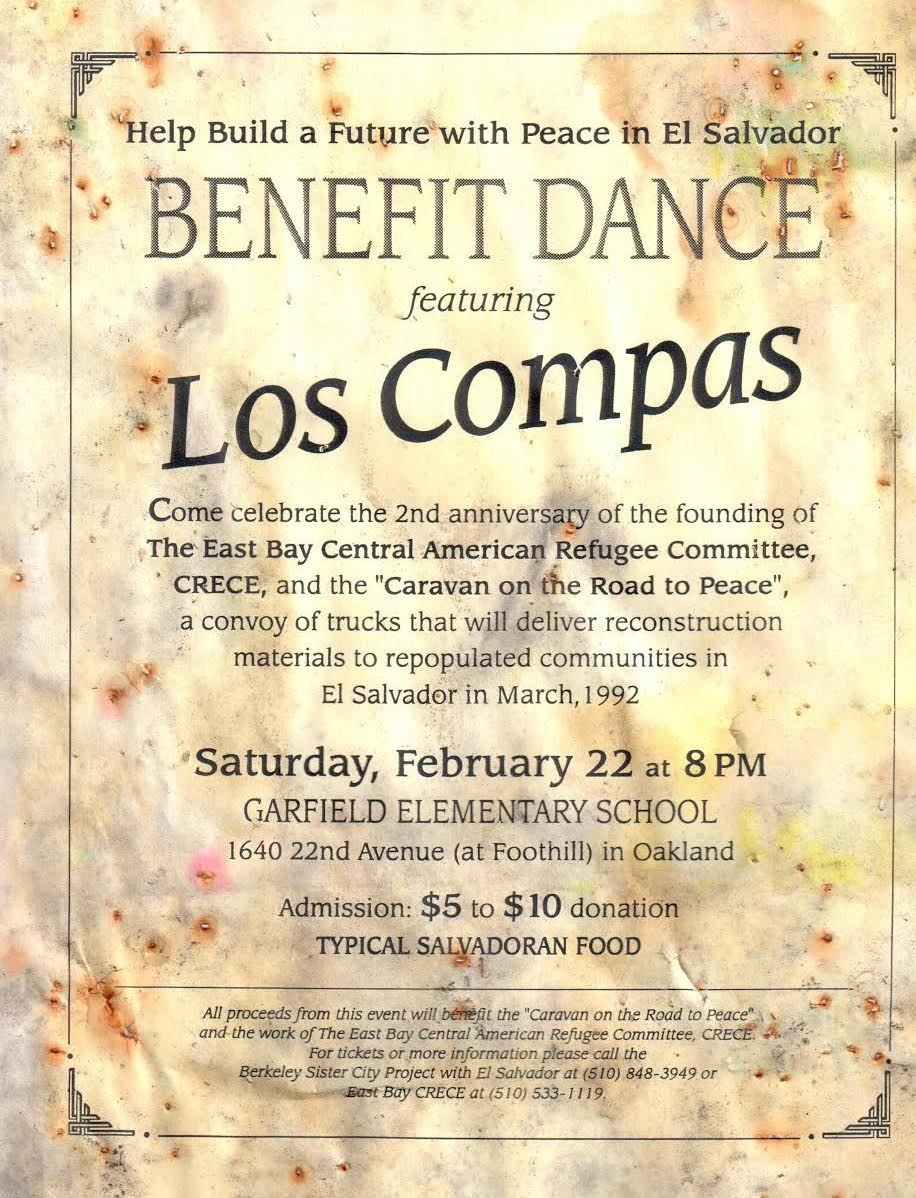 The El Salvadoran civil war lasted from 1980 until The Chapultepec Peace Agreement in January, 1992. The United States supported the right-wing dictatorship that was responsible for death squad killings of tens of thousands of civilians and religious, including the 1977 murder of Archbishop of San Salvador Óscar Arnulfo Romero y Galdámez as he celebrated mass. Romero spoke out against poverty, social injustice, assassinations and torture. His canonization will be celebrated in San Salvador later this year.

When the flyer-removal job got done, this is what the bulletin board looked like.

Trust your crazy ideas indeed. The Quirky Berkeley celebrant who came to me with the bulletin board idea in the first place did just that. It was their idea, not mine, and with who knows how many hours of work, what a stunning catalog of Berkeley culture they uncovered. At last — my cultural time capsule!  Hip hip hooray!

Tom Dalzell, a labor lawyer, created a website, Quirky Berkeley, to share all the whimsical objects he has captured with his iPhone. The site now has more than 8,000 photographs of quirky objects around town as well as posts where the 30-plus-year resident muses on what it all means.

For a fuller and more idiosyncratic version of this post with many more photos, see Quirky Berkeley. For the serious serious, serious student, posted here are photographs of Every Single Flyer that was pried off the bulletin board. This is not for the faint of heart, but for the right person it is 99 and 44/100% pure time-travel material popular culture.